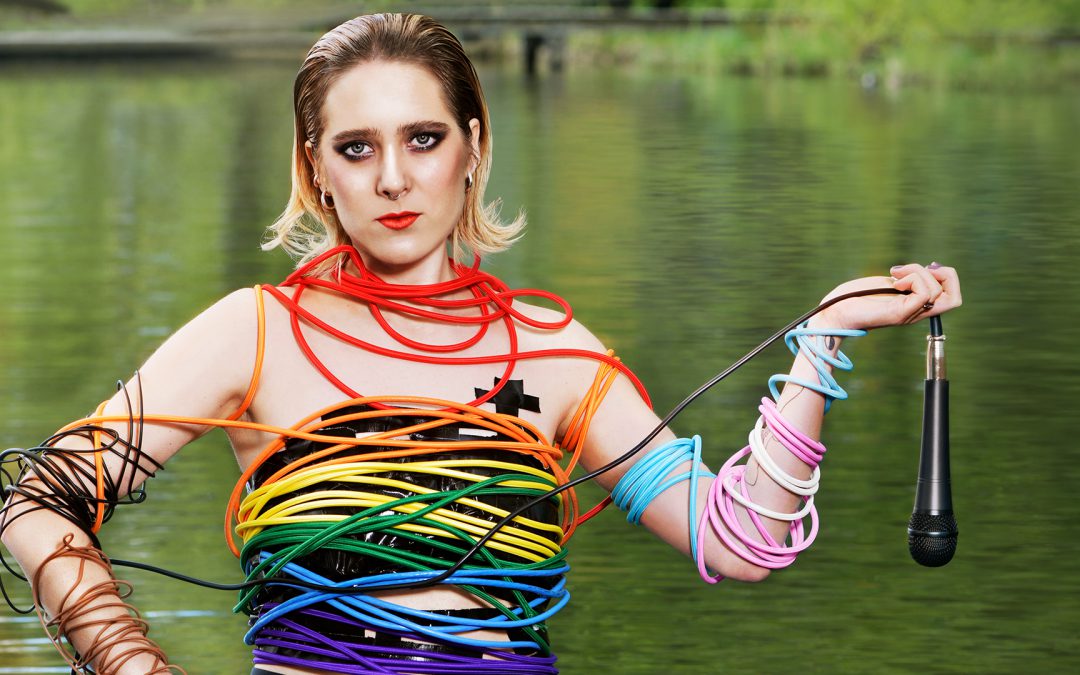 Julia Alfrida will perform the song “Coming Out” at West Pride Pridepark, Gothenburg 17th  and 18th  of June. “Coming Out” were released on Spotify last Friday the 27 of may.

Earlier this spring West Pride held a song writing competition to find it´s Official Pride song for 2022. This was the first time West Pride held a competition of this sort since the start of West Pride in 2007. The jury members were: Karin Gunnarsson, producer of Melodifestivalen,  the song writer and artist, with multiple hits in Melodifestivalen: Fredrik Kempe and West Prides stage producer: Anders Olsson. After listening to all the songs registered at the competition it was immediately clear that “Coming Out” by Julia Alfrida was the winner.

– “Coming Out” is a true “coming out-anthem” that in only 3 minutes describes everything that West Pride stands for, says Anders Olsson.

– Julia Alfida´s “Coming Out” sets a new standard for what an Official Worldwide Pride song should sound like in 2022. The sound is modern but still has a personal touch, says Fredrik Kempe.

Julia Alfrida has appeared both on Sweden’s public radio contest “P4 Next” and on Melodifestivalen and is at the moment Sweden’s most popular lgbtqia+ artist.

– Julia Alfrida made a real good impression at the Melodifestivalen 2021 and showed that she will be part of Sweden’s musical future. It feels obvious that Julia will put her personal imprint on the West Pride soundtrack, says Karin Gunnarsson.

– It’s an honor to win the Official West Pride song Contest, and that my song “Coming Out” was chosen by such a competent jury. I feel reinforced by the compliments Karin Gunnarsson and Fredrik Kempe said about me and they cheered me up and were ready to let everybody else listen to my “coming out-anthem”, Julia Alfrida says.

“Coming Out” is a song about embracing who we are and the right to be exactly whoever you are. Julia herself came out five years ago and after that she has identified as non-binary. The song tells her journey and Julias discovery of her sexuality.

– Although “Coming Out” is a song about life and death it’s also the happiest song I´ve written so far and I love it. I often write gloomy songs but “Coming Out” is free from that type of darkness. It is in itself a happy song which makes it so wonderful, continues Julia Alfrida.

In total West Pride Song Contest attracted 50 contributes. West Pride wants to thank all the artists and their engagement in the contest.

The song is written and produced by Julia Alfrida and songwriting duo “Dinosaur House”.

West Pride is the Official Pride of Gothenburg, Sweden. West Pride is a unique artistic and cultural festival that creates a space and a place,  lifting the LGBTQI+ people through art and culture with over 100 000 visitors and 300 programmed events. The festival is free for all visitors and is aimed towards LGBTQI+ people in Gotheburg, south-west Sweden, but also a caters to a wider national and international public.