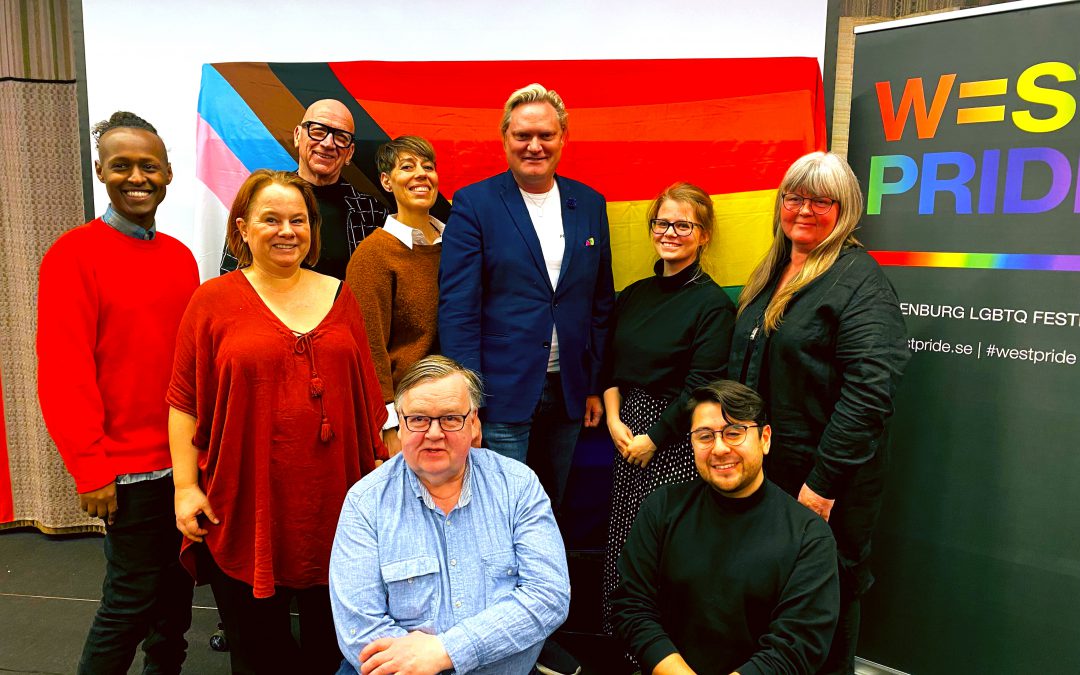 Ronnie is passionate about LGBTQI + issues and will lead West Pride to continue to be one of Sweden’s largest art and culture festivals that creates safe meeting places for LGBTQI + people in Gothenburg and Västra Götaland county.

– It is a real pleasure to start working as chairman of the board of West Pride. The fight against injustice and oppression, exclusion and discrimination is now needed more than ever. Persecution of people in many countries for their sexual orientation and, not least, an unjust and cruel invasion of Russia in Ukraine means that the work of West Pride and its sister organizations around the world is needed more than ever, says Ronnie Hallgren, newly elected chairman of West Pride.

– It is my hope and strong belief that together in the newly elected board we can be involved and deepen the work for democracy and EVERYONE’S EQUAL RIGHT, says Ronnie Hallgren.

Ronnie Hallgren began his career in the performing arts and has since been active in several of Sweden’s major theaters as artistic director, theater director and director. Ronnie has also been the director of the Gothenburg Opera and during his career has also made productions for Swedish Radio and Swedish Television. In addition to senior positions at various activities, Ronnie Hallgren has been a member of artistic councils and reference groups for performing arts at the national level. In addition to the professional activities described above, Ronnie Hallgren has also been active in research and educational activities, e.g. as acting professor of stage design at the University of Stage and Music, University of Gothenburg.